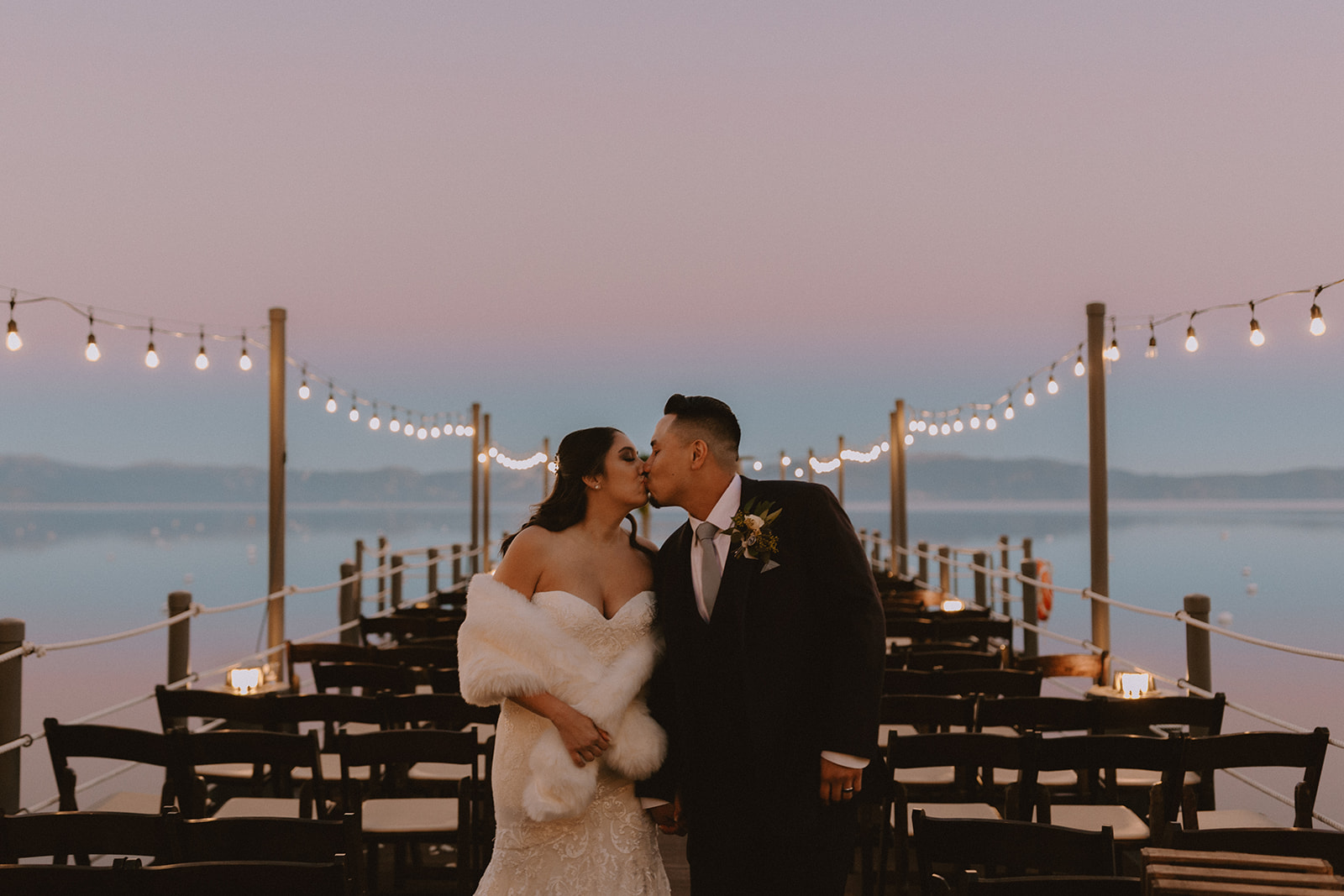 Katrina and Ken tied the knot in the most romantic winter ceremony at West Shore Cafe. And lucky for us, Emma Paul Photography was there to capture all the special moments!

The couple’s love story dates back to 2008, when Katrina’s best friend met Ken’s brother at a concert. At the time, Katrina and her friend were in college at UCSB, and Ken was only 17 years old. As luck would have it, Ken’s brother brought him to a UCSB Halloween party with his new girlfriend. Even though Katrina doesn’t remember meeting her future husband, he was totally wowed by her!

She does, however, remember meeting him as a “crazy 18-year-old kid” when he came to another UCSB party. A couple more meetings followed, always as “Evy’s friend” or “Phanh’s brother.” Fast forward to Katrina’s 24th birthday, her friend and Ken’s brother invited him for a snowboarding trip in Big Bear. When Katrina saw Ken again, she said to her friend: “Wow, his little brother isn’t so little anymore….” So, what was supposed to be some birthday fun has lasted almost nine years.

So why a winter wedding in Lake Tahoe? Seeing the couple met on a snowboarding trip, they wanted to get married somewhere magical in the mountains. And what better place than Tahoe? Also, with their birthdays in winter and snow being significant to their love story, the location just made perfect sense!

When asked about the highlight of the couple’s special day, Emma mentioned their dance party, which she describes as one of her all-time favorites. “They love Bay Area rap, and the couple and every single guest danced their hearts out to E-40, Too Short, etc. Every time I hear a rap song from their wedding, I just smile, picturing Katrina and Ken and their favorite humans living their best lives just going crazy on the dance floor.” The couple also had their entire wedding clear the dance floor so they could have one last dance together on their wedding night before heading to their after party. This also happens to be one of the couple’s favorite moments of their wedding where they could “soak in all the feels of the night.” Emma also fondly remembers the couple’s exit. “Since sparklers are not allowed in Tahoe, they had light sticks that flashed colorful lights. It was such an epic end to an epic day.”

One thing Katrina’s would recommend to other couples is to have a grand entrance and then have all your guests join you on the dance floor for a quick dance to get the energy and vibes up before dinner. “It made the wedding so fun and kicked off the high energy right away!”

Congratulations on your wedding, Katrina, and Ken, and best wishes for a fun-filled future together! 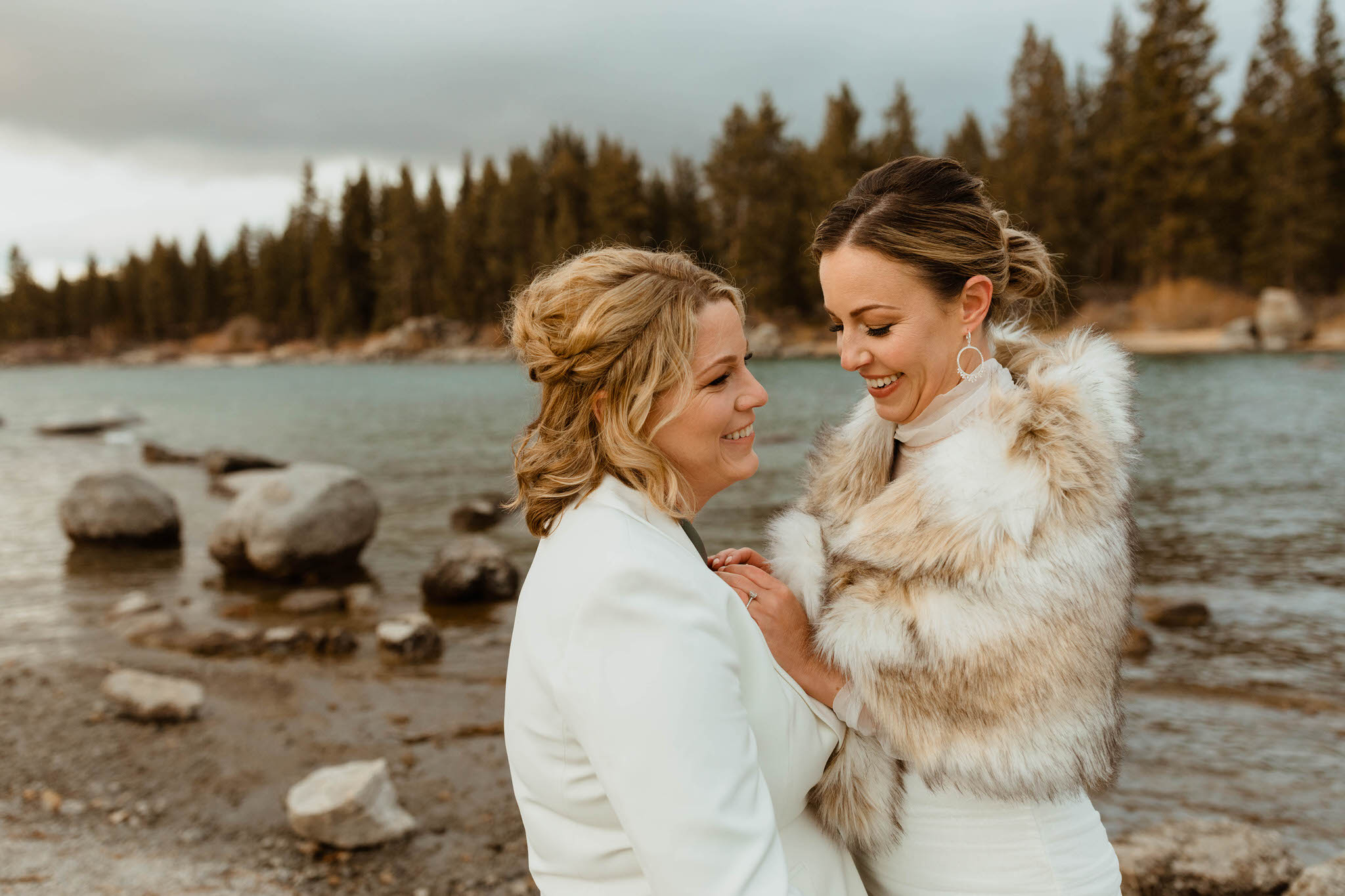 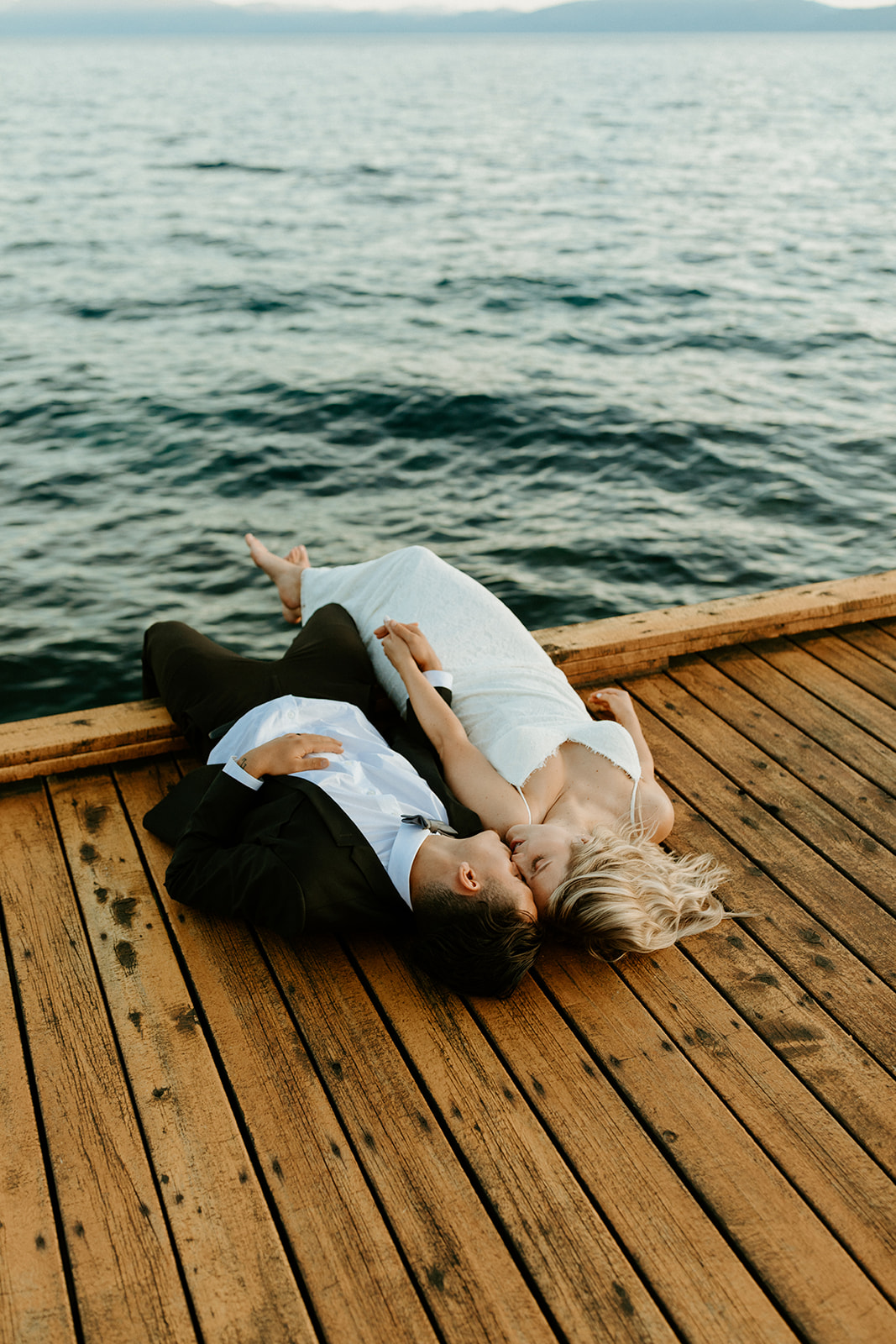 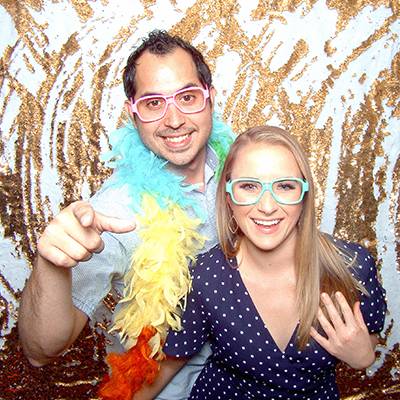